We got a minor scare prior to this trip when Misa Travel suddenly closed down its shutters. However all's well ends well when the two tickets that we bought for our parents were honored eventually. Kudos to all parties involved - Misa Travel, DBS and Cathay Pacific.

Especially to Misa Travel. I dropped them an email but wasn't expecting any reply. However they did and gave a positive reply. Thumbs up!

With that resolved, my brother and I took our early morning Tiger flight and met our parents at Hong Kong airport to begin our 4d3n trip. 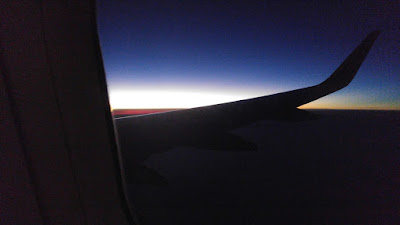 As this wasn't our first time to HK, we did not visit the usual attractions like The Peak and Big Buddha. Instead it's more like a foodie tour this time.

Our lunch on the first day was a visit to Australian Dairy Co. where bad service is supposedly the norm rather than exception. Personally I find the food pretty normal tasting.

After that we went to the nearby Yee Shun Milk Co. for their double boiled milk pudding. 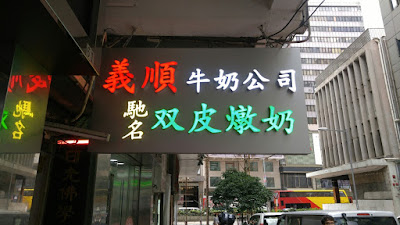 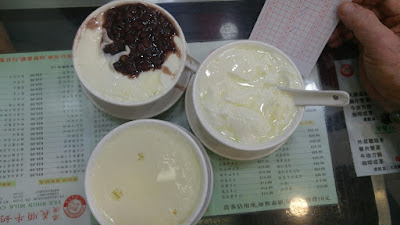 The pudding is pretty good I must say. But at about S$6 a bowl it doesn't comes cheap. Nevertheless we went back on the next day to try the other flavours.

The next two days were spent on visiting some famous food joints. Among these are Tai Cheong Bakery for their egg tarts which taste better than the branch in Singapore. 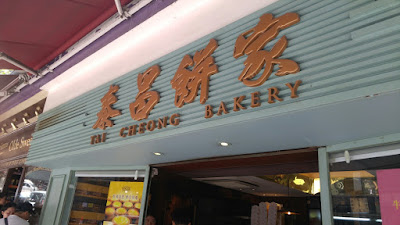 Lan Fong Yuen which is rumored to be the founding place of stocking milk tea. Their tea is indeed different from the others that I had in HK. 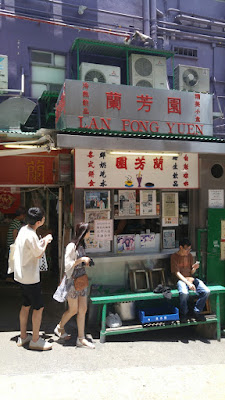 Also ordered their 'must-have' chicken chop noodles and pork bun. Not bad at all. 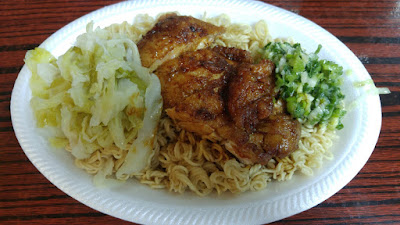 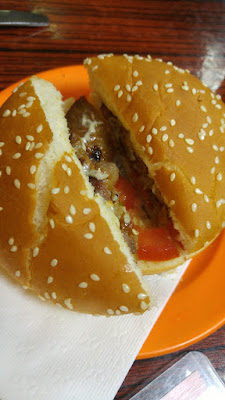 Oh, happened to pass by this iconic place too and took a quick photo. 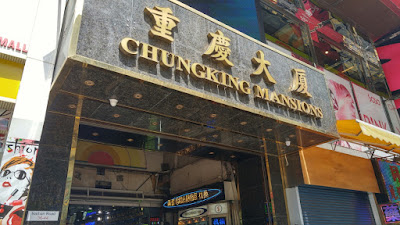 On the last night we went to our hotel rooftop to take in the sights. I took the opportunity to take this photo of the full moon using my old and still trusty LG G4. Haha.. 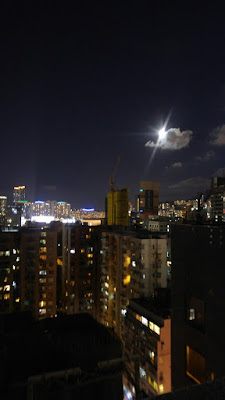 Last day in HK, had this roast goose rice at the airport. It was surprisingly quite good. 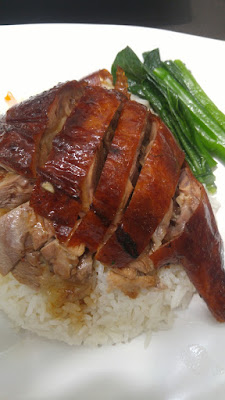 However something is brewing while we were having our lunch... 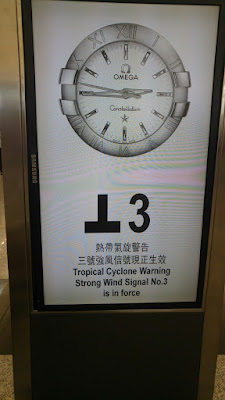 A tropical cyclone is on its way while we were happily biting into our char siew and roast goose.

And things escalated quickly. After checking in, the notice was changed to No. 8. Thankfully our plane has arrived and we managed to fly back before the full effect was felt.

There you go.. A quick update for June..